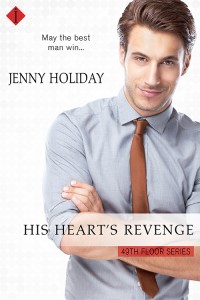 The Likelihood of Lucy, book 2 in my Regency Reformers series, released yesterday! In keeping with the “rules” of the series, we have a spy (that would be Trevor, and he’s pretty tortured), and an ahead-of-her-time reformer (that would be Lucy, and she’s a devotee of the feminist philosopher Mary Wollstonecraft). If you want to check out the first chapter, or find a link to your preferred bookstore, pop on over here (you can access the giveaway through any of the blog stops).

My publisher is sponsoring a couple tours. First, today only, Goddess Fish Promotions is hosting a book blast. You can visit some (or all!) of the stops and enter to win a $25 Amazon gift card.

For the next two weeks, Sizzling PR is hosting a blog tour. There’s a $25 gift card associated with this one, too. Stop by and check out the posts, or enter here:

I have a guest post up today over at Imperfect Women (what? none of those around here, move along…) today on what NOT to say to a romance novelist. You know, for next time you happen to meet one at a party…

Hint: We’ll all be happier if you don’t ask me if my books have made as much money as Fifty Shades of Grey…