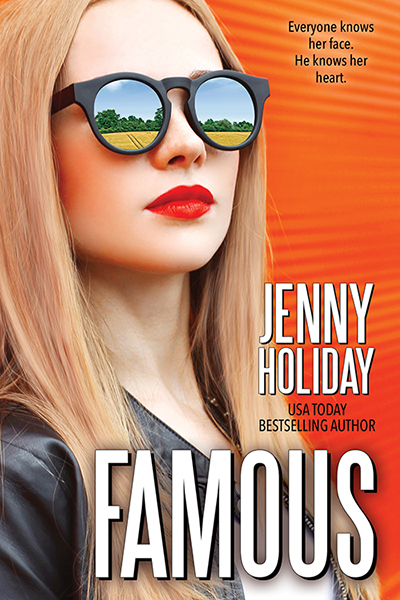 A RITA® nominee for best contemporary romance of 2017

Emerson Quinn is famous. Girls want to be her. Boys want to date her. Each record outsells the last. All that remains is to continue transitioning her brand from its teenage fan base to a more mature, diverse audience. So she’s under strict orders to play nice with her army of assigned co-songwriters and to knock off the serial dating that keeps landing her in the tabloids. If she follows instructions, she can look forward to an indefinite run at the top of the celebrity ecosystem. There’s only one problem with this plan: Emerson is miserable.

So she runs away, impulsively fleeing her L.A. life and heading for a small Iowa college town where a guy she once knew lives. He’s the only person in the world she can think of who might be enough of a nerd to not know about Emerson Quinn the brand. Who might be willing to provide a haven where she can lay low and write her new album by herself, on her own terms.

Art history professor Evan Winslow knows a thing or two about leaving your past behind. He’s worked hard to establish himself far from the spotlight of his infamous father. He’s up for tenure soon, which will mean job security for life. All he has to do to lock down his hard-won, blessedly quiet existence is keep his head down.

Too bad the most famous pop star in the world—who also happens to be his long-lost muse—has just shown up on his doorstep.