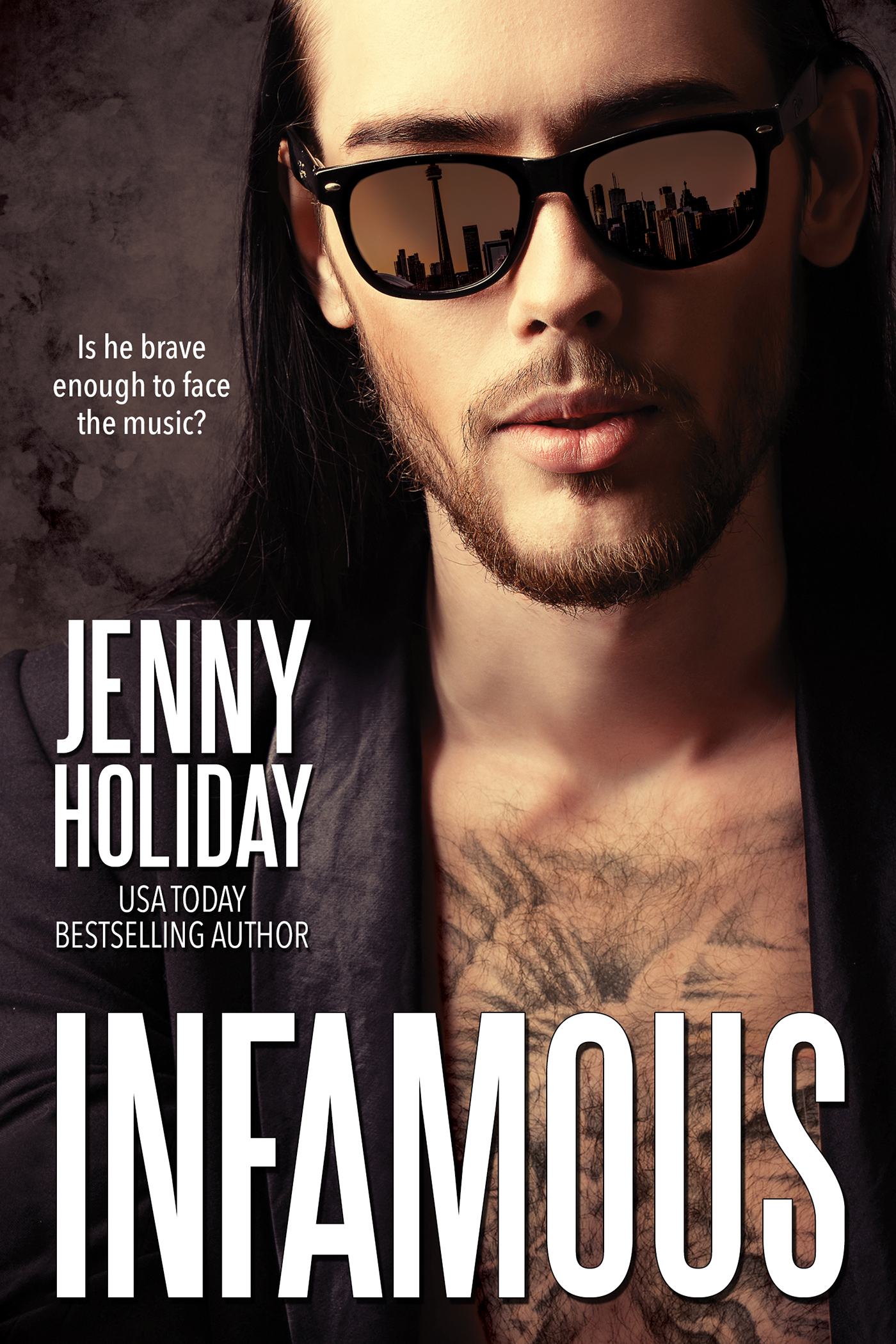 Is he brave enough to face the music?

All that up-and-coming musician Jesse Jamison has ever wanted is to be on the cover of Rolling Stone. When a gossip website nearly catches him kissing someone who isn’t his famous girlfriend—and also isn’t a girl—he considers the near miss a wake-up call. There’s a lot riding on his image as the super-straight rocker, and if he wants to realize his dreams, he’ll need to toe the line. Luckily, he’s into women too. Problem solved.

After a decade pretending to be his ex’s roommate, pediatrician Hunter Wyatt is done hiding. He might not know how to date in the Grindr world, how to make friends in a strange city, or whether his new job in Toronto is a mistake. But he does know that no one is worth the closet. Not even the world’s sexiest rock star.

As Jesse’s charity work at Hunter’s hospital brings the two closer together, a bromance develops. Soon, Hunter is all Jesse can think about. But when it comes down to a choice between Hunter and his career, he’s not sure he’s brave enough to follow his heart.

Note: This book was originally published by Riptide Publishing. This second edition is not substantially changed.

Read Chapters One and Two