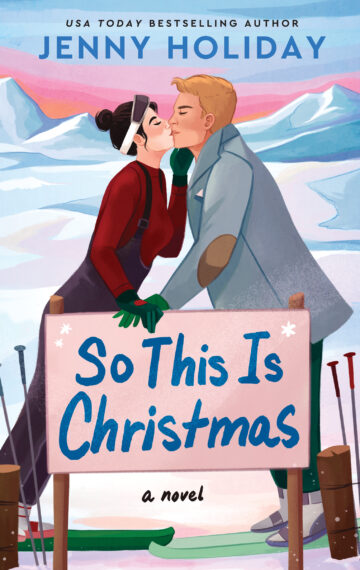 USA Today bestselling author Jenny Holiday concludes her beloved royal Christmas series with an unforgettable romance about a confident American woman and the strait-laced royal advisor who falls hopelessly in love with her.

Matteo Benz has spent his life serving at the pleasure of the Eldovian crown. His work is his life and his life, well…he doesn’t have much of one. When he is tasked to aid a management consultant who has been flown in to help straighten out the king’s affairs, he is instantly disturbed by her brash American manner—as well by an inconvenient attraction to the brainy beauty.

Cara Delaney is in Eldovia to help clean up the king’s financial affairs, but soon finds herself at odds with the very proper Mr. Benz. As intrigued by his good looks as she is annoyed by his dedication to tradition for its own sake, she slowly begins to see the real man behind the royal throne.

As they work together to return Eldovia to its former glory during the country’s magical Christmas season, Matteo discovers he is falling hopelessly in love with the unconventional American. But a man who has devoted his life to tradition doesn’t change easily. Can he become the man Cara needs, or will their love be another sacrifice to the crown?