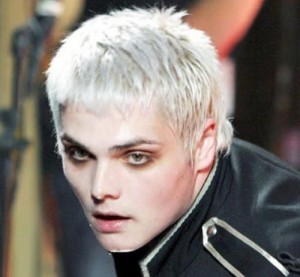 Lulu likes to act like her whole purpose in life is to get the hell out of Toronto and get back to the Maritimes, where there’s no smog, people are nice to each other for no reason, and no one shoves each other on the subway (there’s no subway, I say, but that is beside the point, I am told). Being a Midwestern girl myself, I sympathize, but I do like to make a special effort to point out the advantages to big-city life, just to bug her. Because really, the world is our oyster, we just don’t notice—until someone shoves us on the subway.

Today is Yom Kippur, the day of atonement. I took a late lunch to run some errands in Kensington Market. Lulu and I often stroll Kensington at lunch—though I was alone today—and I like to point out how lucky we are to have a little microcosm of the world at our doorstep. A Jewish centre in the early part of the century, Kensington retains its identity today as an ethic market, even as its original population has long since moved out. As the city’s immigrant population has exploded, so has retail variety in Kensington. You can buy 27 different kinds of hot sauce at a Jamaican store; Chinese seven-herb tea, which they make for you with a pestle and mortar in front of your very eyes; an entire goat at a tiny little storefront that’s been there for decades; homemade chocolate and cayenne organic ice cream; and on and on. But this world-in-five-blocks also plays host to not a few head shops and socialist bookstores, which always makes for an interesting tableaux in terms of street life.

Today my lunchtime shopping list was full of homeopathic remedies and fruit and real bagels. They’re all in Kensington, so I had my efficient “speedwalking-with-backpack- and-shopping list” personality on. I hung a right on St. Andrew Street just as the congregation of an old synagogue there was being discharged. Knowing a bit about the history of the area, it was amazing to see the scores of people in Orthodox dress being dispersed from this old temple in this neighbourhood that hadn’t been home for several generations. They filled the street as well as the stores I went into. But the best part is that not an eyelash was batted. It’s the highest holy day, yes, but it’s also just another day in the life of Kensington Market. The students, the Rastafarians, the Portuguese fishmongers, the Doctors of Traditional Chinese Medicine, they are not alarmed. They have seen it all; they have seen everyone from every possible place with every possible belief.

It was a lovely little slice of Toronto multculi heaven. I thought about how there are lots of things to atone for in this world, but this place isn’t one of them.