Are we all getting excited for the season finale of the Gilmore Girls tomorrow night, Chicklets? (You did realize that The Gilmore Girls is the official television show of Mock Chicken, didn’t you? Catch up with the class…)

And I’m not even embarrassed. Yes, everyone thinks GG is made for the tween set. Yes, everyone’s always talking about how family friendly it is (a humorous multigenerational story about family, friends and the ties that bind, said one guide I read. Gag me.) I guess it is family-and-tween-friendly, on one level, because the main character is a smartypants who likes to hang out with her mother. But really, are fans of the Olsen twins getting all the rapid-fire feminist and 80s pop culture references? Do they care that Sebastian Bach from Skid Row has a recurring role as a bandmember of Lane’s and that he’s basically cheerfully doing a parody of himself? Do they appreciate that Madeline Albright and Norman Mailer have had cameos? Did they love when Rory and her mom went to see the Bangles? No, I think not. I read a critic lately who said that Lorlei Gilmore is a modern day Dorothy Parker and I think it is only a slight exaggeration.

And yes, we know it’s all self-conscious and performey: that’s part of its charm. Can anyone say Dawson’s Creek?

And do I need to point out that GG is the only show I can think of that is explicitly about class, which supposedly does not exist in America? Think about it: Lorelei’s perpetual feuds with her mother and Rory’s fish-out-of-water in private school thing. (Or come on, at least give it points for trying to be about class. I guess it’s not like Rory and Lorelei are really slumming it over at the Dragonfly Inn, but I digress.)

I read somewhere that the scripts for GG are twice as thick as for other hour-long shows because they all talk so fast. And isn’t that really what we love about it? Don’t we all wish we were as smart as Lorelei? Don’t we think it would be great to have such a fast-talking, wise-cracking best friend? Oh, wait…

So anyway, watch and enjoy because the kids are all saying that creator Amy Sherman-Palladino is leaving the show over differences with the network, so tomorrow is pretty much the last episode left before things really start to suck. You know, Rory will graduate from Yale and take a job as the editor of a teen magazine and the show will spin off into a half-hour sitcom about the zany antics of Rory and her fashionista friends in the big city. Meanwhile, the network will start licensing a Dragonfly Inn line of home and body care products.

Enjoy it while it lasts. 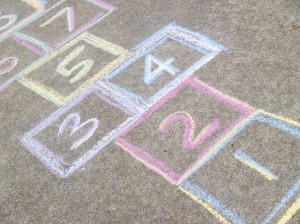