I never read the business pages. I’m not proud of this. About a year ago I decided to start reading one article from the business section every day. That lasted about a week. So I’m glad Mr. Mock pointed out the most delish article in Monday’s Globe and Mail.

It seems that the second comma in this clause in an agreement between Rogers and another company that is going to put up its cable lines on utility poles is going to cost Rogers $2.13 million:

The agreement shall continue in force for a period of five years from the date it is made, and thereafter for successive five year terms, unless and until terminated by one year prior notice in writing by either party.

Rogers thought they had locked in a price for the first five years, but no, that last comma gives the other company the right to cancel the agreement with a year’s notice (and then, presumably, raise their rates).

Har! I love this! The meek and yet all powerful punctuation mark brings the titans of business to their knees.

I have this pointless habit of keeping a running to-do list. I guess I must subconsciously enjoy the feeling of never measuring up, because in addition to achievable entries like “buy stamps,” this list also contains things I will never do, things like “organize boxes of loose photos into nice albums” and “make a spreadsheet to track spending.” These are things that annoy me enough be entries on my to-do list but not enough to actually do them. Therefore they are perpetually rolling over onto subsequent to-do lists. I never do them, but I’m constantly reminded that they need doing (masochistic much?).

The point of this all is for you to understand that when I look at my to-do list, I look with a grain of salt (can you look with a grain of salt? Am I mixing my metaphors? More on this later). The best part about revisitng to-do lists is when you can’t figure out what certain entries mean. You probably scrawled them in a hurry, sure that they were so important, so front-of-mind, that your weird shorthand would be enough to trigger your memory. For example, “Internet” obviously means “book the rental car for the Rochester trip but check a few competing websites first.” Duh.

The other day I had one of these moments of confusion. The item in question was “clean desktop.” I’d recently bought a new computer, and some of the items on my to-do list were related to this, I knew. I was supposed to set up bookmarks in my web browser and so on. So I decided that this is what “clean desktop” must refer to. But at the same time, was I on crack because there was nothing on my desktop to clean. Because the computer was new, its desktop had not yet accumulated enough pictures of Lily’s celebrity pretend-boyfriends to require cleaning.

I was sitting at my desk thinking about this and I sighed, resting my chin in my hands. I suddenly realized that my problem was that computers have introduced so many metaphors into our lives so utterly effectively that we have pretty much lost any sense of the actual things these metaphors refer to.

Clean desktop meant just that. Clean desktop. Duh. I had repotted some plants nearby and the top of my desk was dirty. It needed to be cleaned—ironically because I didn’t want my fancy new computer, sitting on my desk, to get dirty.

I remembered once laughing at the metaphors adopted by the computer-universe when I was having technical problems and was suddenly faced with the following error message:

Your system has become vulnerable. Please install the patch for vulnerability.

Not having a vulnearbilty patch on hand, I panicked and shut everything off. Then I started to fantasize: what if there were patches for emotional states like vulnerability, just like they have nicotine patches and those freaky birth-control patches?

She’s crying at her work station again! Get the vulnerability patch, ASAP!

I don’t know, it seems funny, but then I started to think about how it’s only funny if you’re smart enough to have a handle on the fact that we are speaking metaphorically when we’re in the computer-verse. I came pretty close to losing this sense myself, with my confusing “clean desktop” directive.

I’m not sure that computers, with their recycling bins and hourglasses and desktops have really done us any favours, metaphorically speaking. 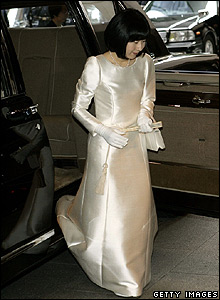 Last week in my Real Life I received a press release from an organization I am fond of. It announced an event I would be inclined to attend. A blurb about the event was followed by a listing of panelists. At the very bottom was the name and contact information for the “Principle Organizer.” My first inclination was to reply to the sender of this press release from this organization of which I am very fond and point out the error. But then I thought of all the similar mistakes I have made. (The best dates from the early age of word processing when, as an undergrad, I was assigned an economics essay on hyperinflation. My primitive spellchecker replaced all occurrences of the word “hyperinflation” with “Hyperion,” making it seem as if the hypothetical economy upon which I was expounding was actually controlled by the Greek sun god. Being down to the wire on the paper, I turned it in without a final proofread. Fifteen years later I am still blushing. But I digress.)

The more I thought about this press release, the more I realized that the concept of a “Principle Organizer” is pure genius. They have professional organizers for everything: you can get someone to clean out your closet, plant your garden, or ghostwrite your memoirs. You don’t have to sort though your old clothes, your weeds, or your memories by yourself, so why should you face your next moral dilemma on your own? Should I print colour copies of my top 50 wedding dresses from the printer at work? Should I tell my neighbour that her husband propositioned me at the annual block party? Don’t know? Doesn’t matter, just call your Principle Organizer!

The nice thing about a Principle Organizer is that it implies that the answers are actually all there, buried somewhere inside your psyche. It’s not like your Principle Organizer is actually making decisions for you—this is no angel-and-devil-on-your-shoulder situation—your Principle Organizer only organizes your principles, that is, makes them easy to access! No, you should not print your top 50 wedding dresses on the printer in your office! You should limit yourself to the top 5! Or at least use the black and white printer until you narrow it down because those models are all a size two anyway, so the pictures are neither here nor there.

Duh! You had it inside you all along. You just needed someone to shed some light on the grey areas.