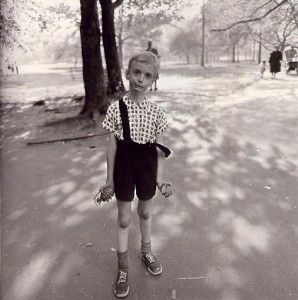 So, Chicklets, I was cruising around the Internet the other day at work because I needed to find a researcher who was into a particular topic. A false lead brought me to a faculty profile that opened with this line:

My research deals with the behavioural phenomenon of slavery in ants.

No joke. This guy is my latest 60-second crush.

My latest 60-second crush is Ricky Williams. Yes, Ricky Williams, the latest player for the Toronto Argonauts. Suspended from the NFL for failing drug tests in 2004, he retired and backpacked through Asia anonymously. Now he’s signed for CDN $250,000 with the local CFL team for a fraction of his $5-million (U.S.) NFL salary.

Why do we love Ricky? Let us count the ways.

1. He’s a yogi! He’ll be teaching yoga three days a week in the mornings before practice. And he’ll be doing it for free because he believes in karma.

2. I heard him on the radio the other day and they asked him if being suspended from the NFL was a big blow. He said nope because “football is just what I do, it’s not who I am.”

3. When asked in another interview if he was worried that people would think he quit so he could smoke dope, he said, “I try not to get too involved in what other people think of me.”

It sounds like Ricky’s made it through Lulu’s 12 Steps to Enlightenment Program.

The Good Friday report from Lily:

I passed a bunch of people doing the stations of the cross on 42nd street on Friday, and I gave the eye 2 some Stroked-out Christian teen in the back of the procession that was mainly old people, babies and the infirm. M I going 2 hell 4 this? I blame it on the kid 4 wearing black. He was asking 4 it.

My latest 60-second crush is on Liam McHugh-Russell, NDP candidate for Parliament from Toronto’s Etobicoke-Lakeshore riding, which, incidentally, is Lulu’s riding. Why? Well, for starters he’s a grad student running against the Liberals’ fancy superstar candidate, the dude who’s supposedly going to be the next Trudeau. So he’s the ultimate underdog. He can talk a mean streak about everything from local industrial pollution along the lakeshore to Canada’s place in the world. Plus when I met him recently he was wearing the most tastefully understated dark orange (NDP colours) scarf and looked much better than those aging potbellied politicians that are indistinguishable from each other except for their ties, which they wear to remind you which party they’re from and to help you tell them apart. (As you can perhaps tell, Chicklets, Mock Chicken is endorsing the NDP.)

But I don’t really need a 60-second crush in the world of politics because Mr. Mock is more than qualified in this department. Earlier today, it being the eve of the election, we were walking up the street together. He was on his way to an election returns party and I was running to the store, so we parted ways at the top of the street.

He sighed and said, “I can’t believe it’s been 13 years since I voted in my first federal election. And that was the one that saw the Liberals come to power.” He was wistful because of course the Liberals are going to lose, lose, lose. A normal person using that tone would have been thinking back fondly on the first time he met his soulmate/ smoked pot/discovered insulin. You know, something a little more jarring than voting.

Lulu thinks it’s best to date nerds. She says it’s the only proven strategy for long-term happiness. I think she might be right.

This morning on the subway I had a 60-second crush on a man reading The Economist. He was dressed in a dark green and black checked blazer and dark pants, but somehow it worked in an old-schooley kind of way. I could see over his shoulder that he was reading the theatre reviews at the back of the magazine – he was working his way through a review of Macbeth. I loved him because I thought he was a stock broker who secretly flipped to the back of The Economist first to read the reviews. I mean, who cares about what Turkey’s membership in the EU is going to do to the Euro when Lady Macbeth is stalking around raving and trying to wash her hands?

Then, unexpectedly, he got off at the subway station on the university campus. I realized with a thud that he wasn’t a stockbroker reading the theatre reviews in The Economist, he was a professor of classics reading The Economist. And then I didn’t care. Context is everything, Chicklets.