“Look at the youth,” said Lulu, waving her arms around as if there were youth to be seen, as we sat in her office. She was trying to convince me not to get my new jeans shortened. They were slightly longer than I wanted them to be, so they kind of runched up at the bottom. “Look at their jeans.”

“Jeans are like curtains,” she said. “They’re supposed to come to the floor. And anyway, there’s nothing worse than a woman in heels whose jeans are too short.”

“You might get some. Seriously. Don’t waste your money. Those jeans are hot.”

She felt so strongly about it that I decided not to get them shortened. So when you see me with the bottom of my jeans all runched up around my ankles, it’s Lulu’s fault. 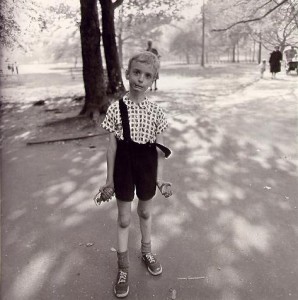 Chicklets, it’s finally storming, a giant exhale after a week of alarming weather (Are you there, Kyoto? It’s me Margaret.). I can now speak and write whereas I had until recently been reduced to communicating via sighs and grunts while at home, where the air-conditioner is broken. Food tastes good again. Human contact is tolerable.

The sad result of this molasses heat wave is that I haven’t seen nor spoken to Lily or Lulu so I am sorely lacking in the hijinks department. I will, however, tell you about a bitchin’ press release written by a friend of mine about some research that shows that instant messaging is in fact not threatening teens’ grasp of grammar. It turns out that texting may even make them better grammarians. Who knew? The Toronto Star ran an interesting story on the results.

You know my fondness for both slang and teenagers. Too bad I’m forever parked in the “bitchin’” and “gag me” rut. I’m showing my age, Chicklets. It’s 100 degrees in my house and I’m old.

Someone has stolen my flowerpot, Chicklets. And as much as that seems like it should be a metaphor for something sexual, it’s not. It’s just the hard literal truth. They left the little drainage tray thingy but made off with an entire pot that I had sitting by the gate that marks the beginning of my yard. What is the matter with teenagers these days? Aren’t they busy enough shooting up and giving each other blow jobs between algebra and civics? Oh, wait, they don’t teach civics anymore, that must be the problem…

I know it was Evil Teens that stole my flowerpot, because you hear them at all hours in my neighbourhood, marauding, their pierced chins jutting skyward. I read recently about this device called The Mosquito, which is supposed to repel them by emitting an annoying sound that only teenagers can hear! Can you imagine?

The best part is that the Evil Teens are reappropriating it and using it as a ring tone, so the grown-ups can’t hear their cell phones ringing. I will grudgingly admit that that kind of ingenuity is worth a flowerpot or two.